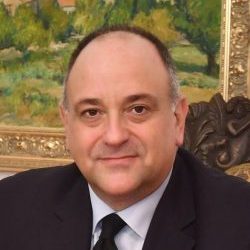 Dr. Milan Parivodic is principal lawyer in PARIVODIC ADVOKATI and general counsel to the Geological and Mining Association of Serbia (GRAS). Having top UK and Serbian legal training Milan is the trusted advisor to international companies in their legal and government relations needs in Serbia. His team of eminent lawyers work on complex investment projects, often in highly regulated industries and take full care that the investment moves forward efficiently and lawfully - as planned. His approach to solving problems is always very practical, hands on, ethical and legal.

He served as Serbian government minister of international economic relations and minister of finance (2004-2007) but he is not politically active nor working in any capacity for the state since 2008.

Minerals exploration and mining in Serbia: law and government policies

Why has Serbia become an exploration and mining champion in South-Eastern Europe in the last 5 years?
How to enter the market, how to set up?
What are legal requirements and guarantees of long-term minerals tenure?
What are the the public policies of government to exploration and mining.
How can Parivodic Advokati help you succeed in your investment in Serbia?