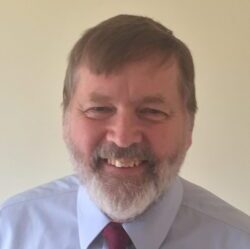 â€˘ Jim has 40 years of experience in researching the international metals and mining industries
â€˘ Jim Lennon worked at Macquarie from 1994 to 2013. He left Macquarie in June 2013 and set up his own consulting company, Red Door Research Ltd. The consulting company specialises in the economic analysis of hard commodity markets. Jim remains a part-time consultant to Macquarie.
â€˘ Until June 2013, he was Chairman of Commodities at Macquarie, having worked for Macquarie for 19 years. He founded and headed up a 10 person research team in London, Singapore and Shanghai which serviced the equity, LME trading and corporate advisory divisions of the bank with steel, coal, metals and minerals research and market intelligence.
â€˘ Jim and his team at Macquarie were regularly ranked number one in various surveys of commodities research among equity investors for over a decade.
â€˘ Prior to Macquarie, Jim worked for 10 years at CRU International, where he headed up a team specialising in Special steels (including stainless steel) and steelmaking alloys (mainly manganese, silicon, chrome, nickel and molybdenum). While at CRU, Jim also undertook major studies on metallurgical coal and iron ore.
â€˘ Jimâ€™s current major specialisations are the main base metals and steel industries and their raw materials including nickel, chrome, molybdenum, iron ore and coking coal.
â€˘ Before joining CRU, Jim worked as a marketing analyst at New Zealand Steel. He has also worked as an Associate Director of Metals and Mining Research at Shearson Lehman Hutton Securities.
â€˘ Jim has a Masters degree in Economics from the University of Auckland, New Zealand.

Sourcing nickel for the EV market

We will review nickel sources suitable to meet demand for the EV market in Europe and world wide. It is important to distinguish between the various nickel types and their applications. We will outline likely future developments and challenges for the European market.