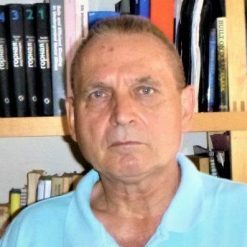 Krzysztof (Kris) Biegaj â€“ Bio Member of the Australian Institute of Mining & Metallurgy (AusIMM) has 25 years+ mining experience in various parts of the World, majority in Australia. Originally from Poland, where he had obtained mining engineering degree with honors. Since early 1986 he has been living and working in Australia. He is a holder of the Western Australian (WA) 1st Class Mine Managerâ€™s Certificate of Competency (Metalliferous) and WA 1st Class Mine Managerâ€™s Certificate of Competency (Coal). His experience includes 7 years in underground coal mining in Poland (mine management and mines rescue), 4.5 years with the WA Department of Mines - 2 years as a Special Inspector of Mines/Senior Ventilation Officer based in Karratha and 2.5 years as a District Inspector of Mines/Deputy Regional Mining Engineer in Kalgoorlie. Since April 1992 when he had joined WMC Resources Ltd (then the biggest Mining Company in Australia), he has been working in mine management as Underground Mine Manager, Mining Manager, Relieve-Registered Mine Manager, Registered Mine Manager, General Manager/Director and Business Improvement - Mining Consultant in Australia (majority of it), Russia, Kazakhstan, Ghana, Mongolia and Philippines. Most of his experience has been in underground operations. And in open pit mining, iron ore included. Since 2003 Kris Biegaj in parallel to his mine management work, through his Company Ausvac Mining Pty Ltd has been conducting hands-on mine floor material recovery operations in Australia with the use of the mobile supersucker/giant mobile vacuum cleaner designed and built in Kalgoorlie, Western Australia. The machine is based on the late 60-ties of the last Century South Australian machines which have been used to mine opals i.e. designed and constructed in Australia.

Governments, Mining Companies Executives and Shareholders Allow to Leave Behind Never to be Recovered Capitally Accessed and Broken High-Grade Ore Underground Worth Billions of Dollars. Why????

The presentation describes challenges the author encountered on Australian underground mines whilst in 2003 plus successfully developing highly-efficient recovery technology of high-grade gold/nickel bearing mine floor material with a mobile supersucker/giant mobile vacuum cleaner designed and constructed in Western Australia. After nine (9) hands-on trials (including one on surface), productivity up to forty (40) tonnes per shift was normally being achieved â€“ including vacuuming of mine floor material containing up to four (4) ounces of gold/tonne. The mine floor material recovery technologies have been already used in some countries of the World (e.g. South Africa) â€“ although not as efficient as the Australian technology outlined in this presentation. In most Countries of the World, the Governments, Mining Companies Executives and Shareholders still allow to leave behind never to be recovered mine floor material containing high-grade gold/metals/precious stones and to extra-pollute the environment whilst accessing in waste that portion of ore. We are talking of billions of dollars being wasted across the World. The portion of capital and operational mine development in waste (and its disposal on surface), to access the part/percentage of the ore-bodies left behind/wasted on mine floors, has not even being included when calculating/evaluating new mining projects and obtaining capital funds for their development i.e. the ore left/wasted on mine floors continuous to be camouflaged in various reconciliation factors. This approach must be viewed as totally irresponsible, especially with the highly efficient technology already available and the current astronomical gold price. Majority of the operating Mining Companies do not even bother to sample and accurately determine the percentage of metal/precious stones currently being left on mine floors and never to be recovered. And all of the above have been allowed by most of the Governments in the World.